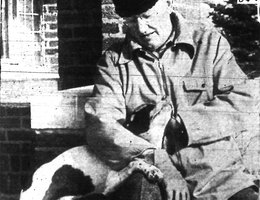 The Great Depression and the coincidental drought ruined farmers across America. But in Nebraska, many ranchers seemed to get along just fine. Why? 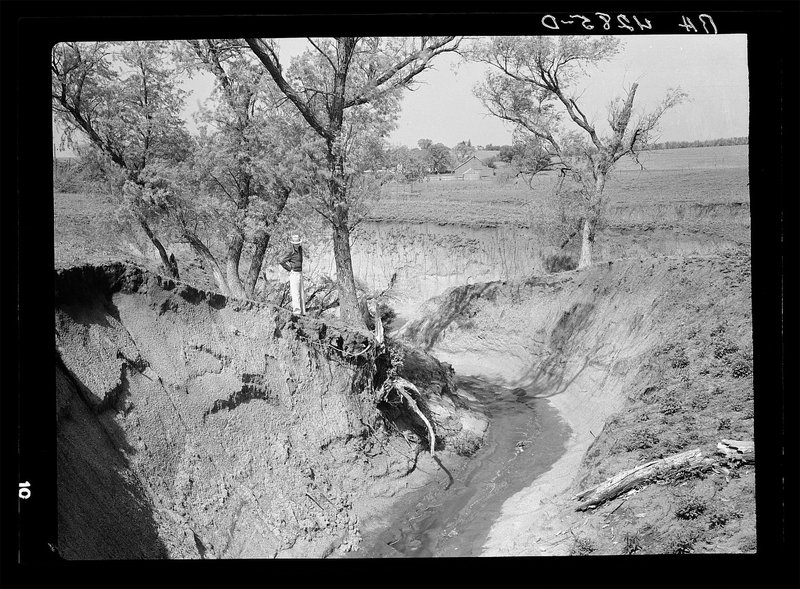 In fact, during the Depression, Christopher J. Abbot, Sr., a rancher and banker in Hyannis made so much money that he was considered by many to be the richest man in Nebraska. He owned seven ranches and was president of nine banks. In February of 1944, the Sunday Lincoln Journal and Star ran an article about Abbott where he talked about the Sandhills and its unique qualities for raising cattle. 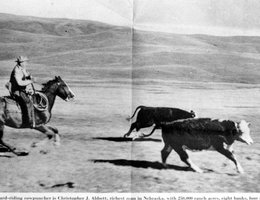 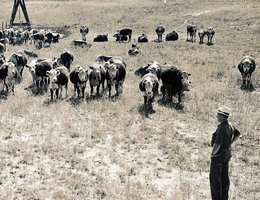 "It (the Sandhills) is the only agricultural region that remained financially intact when the bottom fell out of the farm situation in the 1930s, and Old Man Drought stalked the midwest in his trailing gown of dust."It’s a haymaker’s heaven. Nature gave Nebraska an ideal water storage area when she formed the sandhills (sic). . . . That’s why a complete hay-crop failure is unknown to the sandhills."

Unlike farmers, who needed to borrow money to plant crops in the spring and then hoped that there was a harvest in the fall, ranchers needed no loans. As long as they had cows that would calve, hay to feed, and access to water, their herds grew.

So even though prices for cattle fell drastically, Sandhills ranchers at least had cattle to sell. In 1929, the state produced 2.9 million head of cattle that sold for 59 dollars each. In 1934, cattle prices had dropped to $17.50 a head, but 3.9 million of them were produced. So while prices rose and fell during the Depression, production stayed right around 3 million head a year. Cattle certainly did help Nebraska weather the hard years.

The author Mari Sandoz (mentioned in the article 'Out Where West Begins') is in the Nebraska Hall of Fame.
Learn more about her and all its members.