NEXT
The Black Market 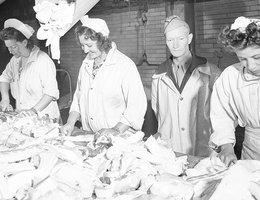 Even before the United States was dragged into World War II on December 7, 1941 food was always something that could be sold on a large scale, a strategic commodity. Through the Lend-Lease program established in March of 1941, the United States was already providing critical food to Allied Nations like England, France, China, and the Soviet Union. The Russians particularly enjoyed a canned beef specialty, tushonka millions of which were created at the Omaha Cudahy Plant.

With its entry into the War, the United States faced a huge problem in assuring an adequate supply of food for its troops and its citizens. Beef was a critical element in the food supply chain. 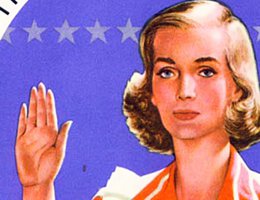 The Roosevelt administration created the Office of Price Administration (OPA) to try to keep prices from rising too fast (inflation) and to ration scarce essential commodities. The OPA set ceilings (maximum prices), on beef that theoretically assured that the profit margins (amount of money made above actual costs) stayed at the same level as they were in the pre-war years. They also established ceilings for hogs and corn. 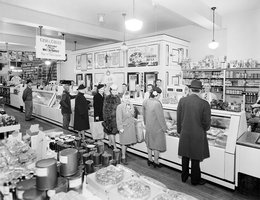 Not only did the OPA manipulate prices at the point of production, but they placed controls on packing house production and established ceiling prices for meat at the butcher counter. The OPA also established a system of rationing meat to assure that everyone in the country had an adequate supply. Ration stamps were issued to every man, woman, and child, and households struggled to budget their stamps to assure enough meat on the table.

So, if you wanted a pound of steak, you went to the meat market and paid the ceiling price of 60 cents plus one red ration stamp (stamps were color-coded for various kinds of commodities). But that was only if there was meat in the butcher’s counter.

While the ceiling price for beef was low, the government set corn prices artificially high. They also established floors (the lowest prices you could pay) on hogs. The government wanted to encourage high hog production for several reasons. 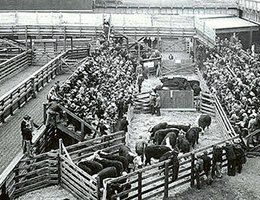 Ranchers and feeders found that the high price of corn and the low price of cattle made it economically unfeasible to fatten cattle on corn. Instead, ranchers kept their cattle in their pastures, feeding them grass instead of corn to bring them up to sale weight. But that took much longer.

Meatpackers bought the lighter, grass-fed, and therefore cheaper cattle rather than the more expensive, fatter, corn-fed animals. They did this because of the ceiling on prices that they could charge the meat market or grocery store.

With its entry into World War II, the United States faced a huge problem in assuring an adequate supply of food for its troops and its citizens. Beef was a critical element in the food supply chain.
From the 2008 NET Television production, Beef State

NEXT
The Black Market