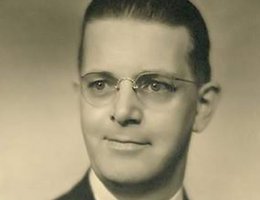 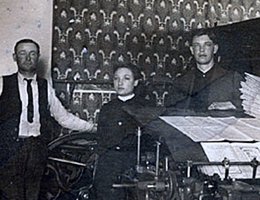 Born in Iowa in 1889, Notable Nebraskan, Edwin Elijah Perkins would grow up to become the inventor and promoter of Kool-Aid (originally spelled "Kool-Ade") — still a favorite, affordable drink of children nationwide.

In 1900 at age 11, Edwin was working at his father’s store in the village of Hendley, Nebraska when his childhood friend and future wife, Kathryn Melda "Kitty" Shoemaker, introduced him to a powder product called "Jell-O". This later inspired him at age 38 to make his own pre-packaged food, expanding his by-then already successful career. 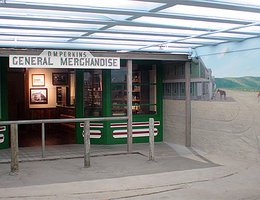 Edwin Perkins was quite the entrepreneur. By the young age of 13, Perkins was already serving as the postmaster for Hendley, Nebraska. At that time, Edwin responded to two magazine ads. One was on how to manufacture pre-packaged foods and the other was on how to start your own print shop.

By combining these two types of businesses (conveniently run out of the back of the Hendley Post Office), Perkins began his own mail order company, selling perfume, "bluing" (a chemical used to whiten clothes), and other products he could make with his chemistry set.

On February 12, 1909, he also put the printing press to another good use by publishing the local weekly newspaper, the Hendley Delphic. He continued that "business" for four years after he graduated high school. 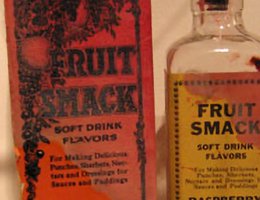 Fruit Smack, a liquid concentrate to be mixed with water
Courtesy Hastings Museum 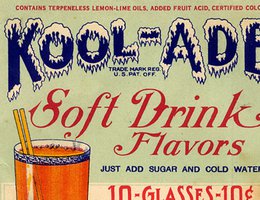 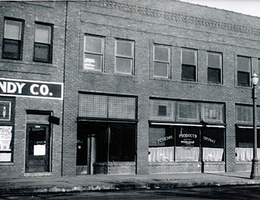 From "Fruit Smack" to "Kool-Aid"

One of Perkins’ most popular inventions was Fruit Smack, a liquid concentrate intended to be mixed with water. Fruit Smack was corked and sold in bottles, which was very messy. 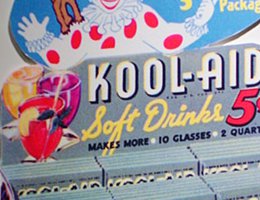 In Perkins’ time, you not only had to invent great products, but you also had to market the products through individual salesmen (at that time, salespeople were mostly men). Perkins was very good at organizing and encouraging his staff. He hired sales representatives to sell his products all over the country. Those who sold the most products won prizes.

These sales representatives or "jobbers" also did the distributing. They made use of the self-selling "silent salesman" to help them do their work. The silent salesman was a small, simple, cardboard case in which Kool-Aid packages were displayed in popular areas of the store. 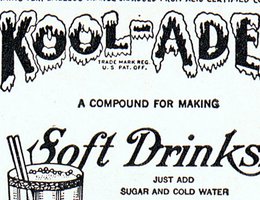 Kool-Ade ad during the Depression in the 1930s; Note the reduced price
Courtesy Hastings Museum 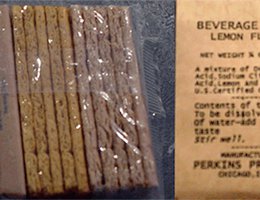 Another incentive to buy Kool-Aid was the great price of 10 cents per package. During the Great Depression, the price was cut in half for the same product: 5 cents. Premiums, such as small toys or cardboard cutouts, made Kool-Aid especially appealing to children.

During World War II, Kool-Aid got kids involved as Scouts of the Stars and Stripes. They could collect hats and pins to wear.

Kool-Aid even reached the men and women on the front lines during World War II with Kool-Aid lemonade mix included in their ration kits. 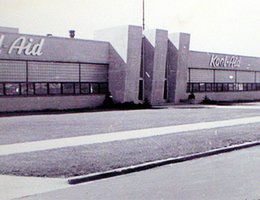 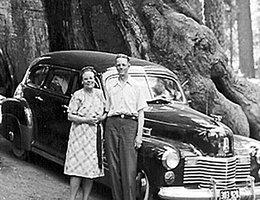 During the Great Depression, demand for Kool-Aid actually escalated, and the Hastings location became too small. In 1931, the Perkins Products Company moved from Hastings to Chicago. From starting with just his family as his company in Hastings, Perkins’ workforce grew to 350 workers in Chicago by 1950.

In 1953 when Perkins was 64 years old, he sold his company to the General Foods Corporation. After their retirement, Edwin and Kitty Perkins still considered Hastings their home and were buried there, Edwin in 1961 and Kitty in 1977. They gave a great deal back to the community through donations to Hastings College, Lanning Hospital, and other favorite institutions.