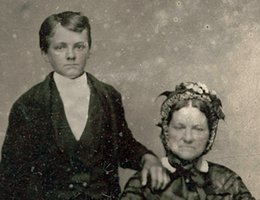 Notable Nebraskan, George William Norris was born near Clyde, Ohio, on July 11, 1861. Norris’ father died when he was four years old — only months after George’s older brother had died in the Civil War. Norris was the 11th child of a very poor family of farmers. George’s mother, Mary, encouraged him to continue his education to help him escape that poverty.

While in college, Norris earned money by farming and teaching. Sometimes he would have to take entire semesters off from school so he could work. This was true of many students who attended Baldwin University in Berea, Ohio.

Norris had great skill in debating, so he decided to go to law school. He graduated with a law degree from Indiana State Normal School in Valparaiso, Indiana in 1883. 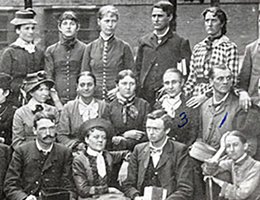 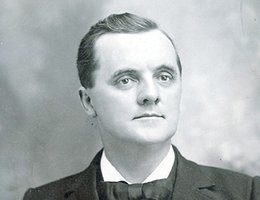 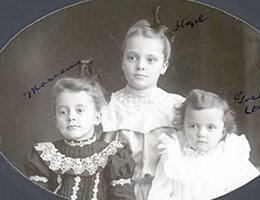 With a deed for 80 acres of land as a gift from his mother and a loan of $300 from one of his sisters, Norris moved to Beatrice, Nebraska in 1885. His next home would be in Beaver City, Nebraska, where he married Pluma Lashley in 1890 and served as a city attorney.

In 1899, he moved his family to McCook, Nebraska, and became a judge. He witnessed the impact of farm foreclosures, when farmers could not make payments for their land so they were forced to leave. After several years of harsh weather on the crops, Norris found a legal way to postpone some farmers losing their lands. George’s wife, Pluma, died in 1901. 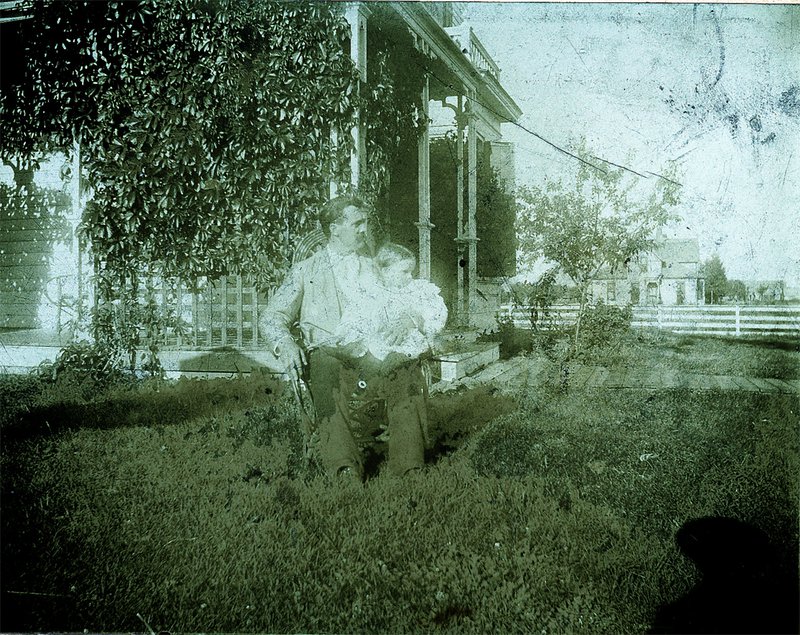 Letter from George Norris to his daughter, Hazel February 20, 1909 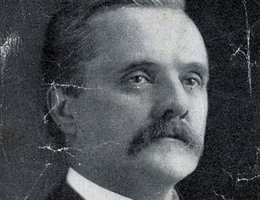 George Norris was elected to the U.S. House of Representatives in 1902 as a Republican, and married Ellie Leonard in 1903. He was known as rebellious while serving five terms with the House. Norris was elected to the U.S. Senate in 1912, as an Independent. He also served five terms there until 1942, a total of 40 years in Congress! During that time, he supported the direct election of senators. He was a confirmed isolationist. He feared that interfering with other countries’ issues could lead to another world war. He changed his mind in 1937 when he saw horrible photos of Japanese violence in China.

"I have done my best to repudiate wrong and evil in government affairs."
— Senator George W. Norris, 1942 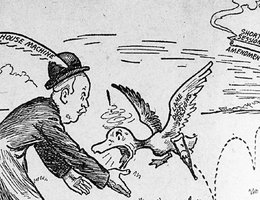 Senator Norris’ accomplishments during the years that he represented Nebraska in Washington, D.C. included writing the Twentieth Amendment to the U.S. Constitution. It is also known as the "Lame Duck" amendment. He first proposed this amendment in 1923 and helped it pass in 1933. A "lame duck" is someone who is about to leave office. Often, not much gets done in the time between either losing the next election or announcing that he or she won’t be running again. Sometimes, other politicians practically ignore the "lame duck" official, making government very unproductive.

The Twentieth Amendment shortened the amount of time between the November election and when newly elected politicians took office. It called for the newly elected Congress to begin their work on the first Monday in January and the new President to be inaugurated about two weeks later. 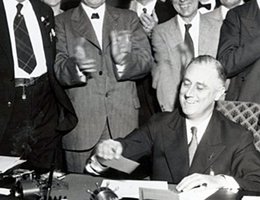 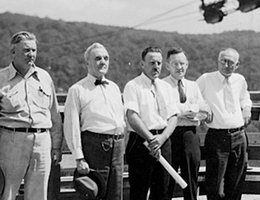 Senator Norris is credited with planning the Tennessee Valley Authority (TVA), which provided flood control and created electricity in the region drained by the Tennessee River.

The TVA provided a series of dams, which not only brought flood control, but also water to farmers during drought as well as electricity to those who could not otherwise afford it, especially in rural areas.

Norris believed that the federal government should control natural resources so the greatest number of U.S. citizens could benefit. Norris fought to preserve and complete the work of the TVA to put this belief into action.

The TVA was a forerunner of the Rural Electrification Act (REA), which eventually brought electricity to farms and ranches across the nation.

From the 1995 NET Television production, The Fighting Liberal: George Norris

The TVA provided a series of dams, which not only brought flood control, but also water to farmers during drought as well as electricity to those who could not otherwise afford it, especially in rural areas.

Senator Norris helped get funding for the Tri-County Project, a Nebraska irrigation project that created Kingsley Dam and Lake McConaughy.

Senator Norris always thought it was pointless to have two groups of elected officials doing the same thing, and thereby, wasting money. The results appear to have proven him right.

Norris worked diligently to create the Unicameral.
From the 1995 NET Television production, The Fighting Liberal: George Norris in the series Next Exit. 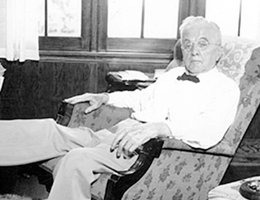 In 1942 Norris was not re-elected, so he retired to McCook, Nebraska, where he wrote his autobiography, Fighting Liberal. It was published a year after his death.

George Norris died at his home at the age 83 on September 2, 1944. He left a legacy of integrity and efficiency in government. In 1961, George Norris was the first person inducted into the Nebraska Hall of Fame.

In 1961, George Norris was the first person inducted into the Nebraska Hall of Fame.
Learn more about him and all its members.