PREVIOUS
Racial Tensions in Nebraska after World War I 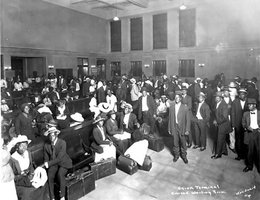 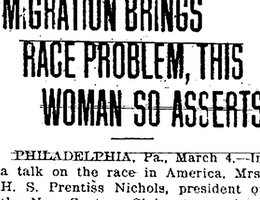 African Americans were just one ethnic group who migrated in great numbers to northern cities like Omaha, Nebraska in the first years of the new century.
From the 1994 NET Television program A Street of Dreams 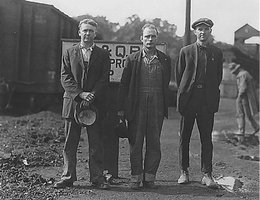 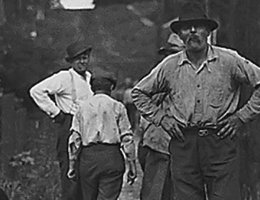 Additional strikers (photo 2 of 4). Note the frustration in the faces of white strikers against the Burlington Northern Railroad in nearby Plattsmouth in 1922.
Courtesy National Records & Archives Administration, 283736

Why did African Americans come to Omaha and other northern cities? In 1910 — nearly 50 years after the Civil War ended — 89 percent of all blacks remained in southern states, and nearly 80 percent of those lived in rural areas. But between 1915 and 1920, at least 500,000 blacks migrated north. Some estimates double that number to a million. Thousands more migrated west. There were a number of reasons for the migration. 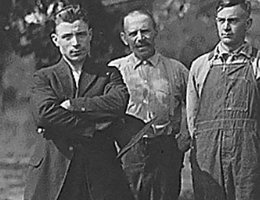 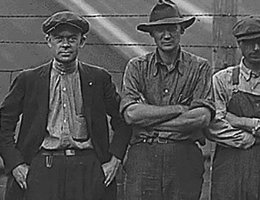 As if these "pushes" and "pulls" were not enough, the packing plants in Omaha were actively recruiting African Americans throughout the South, despite laws against recruiting in several southern states. Meatpacking in Omaha was big business, but there weren’t enough workers to fill the available jobs during the 1910s.

Also, the city’s black newspaper, the Omaha Monitor, was filled with stories of how good it was for blacks in the city. The Star and other black newspapers regularly reported on the progress of the migration. They knew this was an historic event.

White newspapers took note as well. During the first week of August 1919, the Omaha Bee newspaper reported that as many as "500 Negro workers," mostly from Chicago and East St. Louis, arrived in Omaha looking for work in the packing houses.

When Omaha experienced labor strikes, blacks were hired to replace the striking workers. The white newspapers and workers who had been replaced were very angry with this.

The Omaha Bee hyped the stories and caused increased racial tension. So the migration of blacks to Omaha and the hiring of black workers was a source of irritation in the labor market that added to existing racial hostilities.

PREVIOUS
Racial Tensions in Nebraska after World War I