First African American Settler 1855 - Where did they Live? 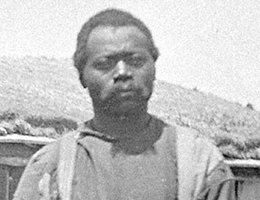 In the first Nebraska territorial census of 1854, there were only four slaves listed. In 1855, Sally Bayne arrived in Omaha and is counted as the first free African American to settle in the Nebraska Territory. Before that, both slaves and free blacks had traveled through on the Oregon Trail and settled on the west coast. Gradually, along with whites, blacks stopped and settled in Nebraska. By the 1860 census, there were 25 African Americans in Nebraska. That was about to change. 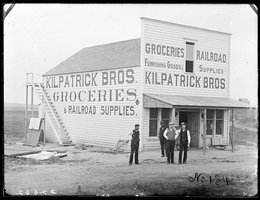 If you were an African American living in a Southern state after the Civil War ended in 1865, you were no longer a slave. You were free, but you probably had never received an education. You probably had very little money and few job opportunities. Also, by 1877, federal troops were pulled out of the South. Laws segregating blacks from whites were being passed.

Nebraska and other western states may have been attractive to African Americans because there were millions of acres of free land for black farmers to claim. Also, though there was some slavery early on, Nebraska was known to be a safe haven for blacks, not just tolerant of them. So, African American settlers began moving into the plains states. They began in Kansas, and were known as the “Exodusters.” During the early summer of 1879, a small group of exodusters arrived in Lincoln. Others moved to Omaha and Nebraska City. 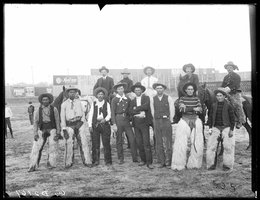 While many former slaves settled in Omaha and the railroad towns where jobs were available, many also settled in other parts of Nebraska. In 1870, Robert Anderson, a former slave, became the first black to homestead in Nebraska. Interestingly, the Benton Aldrich family, a white family, encouraged former slave families to relocate to Nemaha County in southeast Nebraska. Several black families settled near the Aldrich place in the 1870s and 1880s.

African Americans settled mainly in Custer, Dawson, and Harlan counties. Charles Meehan formed a black colony at Overton in Dawson County in 1885, which was followed by the creation of other black communities in Cherry County — Brownlee in 1905 and DeWitty in 1907. African Americans were more likely to settle in western Nebraska, as there was more land available for them under the Homestead Act.

The Shores and Speese Families 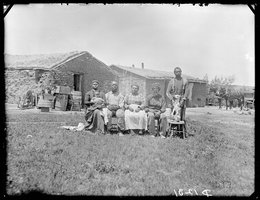 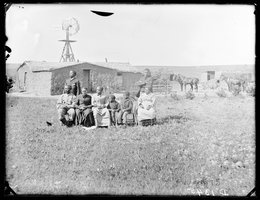 The Jerry Shores family and their relatives the Speeses, lived near Westerville in Custer County. Jerry was a former slave. He took a claim next to his brothers, Moses Speese and Henry Webb (each had taken the name of his former owner).

Ava Speese Day, a relative of the Shores family, remembered hearing the story of her grandfather leading his family in search of land in Nebraska. He led the first black “emigrant train” to Cherry County. “He drove one of his three wagons,” Ava recounted years later. “His son Den drove another, and my mother Rosetta drove the third. She took care of her own team, greased the wagon wheels, and she was just turned 16.”

What were a pull factors for African Americans to migrate to Nebraska?

What were the push factors for African Americans to leave their homes?

Which of these factors are social, which environmental, which economic? Explain.