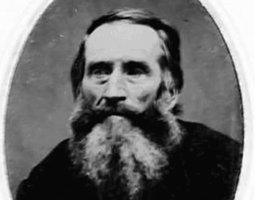 There are inherent conflicts in the stories of the missionaries and the tribes they were trying convert. On the one hand, the missionaries generally had good intentions, and they reflected the philosophies of the country’s leaders. On the other hand, the Native Americans generally didn’t feel that they needed to be saved. The experiences of Dunbar and Allis are a good example of this conflict.

One of the fathers of the country, Thomas Jefferson wrote at length about the problems involved in "civilizing" the Indians. In his confidential letter to Congress in 1803, he argued that the tribes had already begun to sell or cede their land to Americans and that the process would continue. He said that the U.S. would need more and more land — "an extension of territory which the rapid increase of our numbers will call for." The only solution that Jefferson saw was to encourage Indian people to stop their tradition patterns of annual hunts over vast territories and begin farming which would require less land.

"First, to encourage them to abandon hunting, to apply to the raising stock, to agriculture and domestic manufacture, and thereby prove to themselves that less land & labor will maintain them in this, better than in their former mode of living. The extensive forests necessary in the hunting life will then become useless, & they will see advantage in exchanging them for the means of improving their farms, & of increasing their domestic comforts ... [I]n leading them thus to agriculture, to manufactures & civilization, in bringing together their & our settlements, & in preparing them ultimately to participate in the benefits of our government, I trust and believe we are acting for their greatest good."

A series of treaties between the tribes and the U.S. government ceded rights to land in the new territory in exchange for annual payments in the form of money and goods. The government had also promised to send teachers, farmers, and blacksmiths to assist the tribes. These Europeans were to be employed by the Office of Indian Affairs and were to teach the Indians the ways of the white people. The missionary societies supported the plan as they agreed with the government officials that the only way the Indians had a chance for survival was to adopt the white ways and eventually become assimilated into the white society. 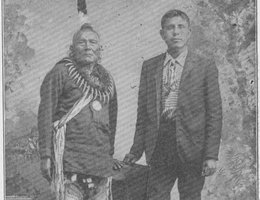 Many tribes like the Pawnee welcomed the assistance of the whites because they could provide them with much valued service, but they had no intention of changing their customs or their lifestyle. The white community never seemed to understand the tenacity with which the Pawnee would cling to their own culture. The Pawnee had grown crops for years, but their annual buffalo hunts were still necessary for their survival. While the treaty clearly said the hunts had to cease, the missionaries were able to convince the government to loosely enforce those terms.

The Office of Indian Affairs relied on the missionary societies to provide Indian office employees who would be more concerned about the "betterment" of the Indians and less concerned about a big salary. Thus, the Office of Indian Affairs’ employees was typically drawn from people with a desire to Christianize the Indians and probably viewed themselves as missionaries first and government employees second.

During the 1830s grave changes were beginning to surface in the world of the Pawnee that added to the difficulties the missionaries Dunbar and Allis faced. Smallpox decimated the tribe. Eastern tribes were being moved to present-day Kansas and encroaching on traditional Pawnee hunting grounds and putting strains on the once abundant buffalo herds. While the Pawnee power base was shrinking, their old enemies, the Lakota, were gaining strength and were attacking.

It was also becoming increasingly difficult for Dunbar and Allis to continue traveling with the Pawnee on their hunts because they had growing families. Both men found it necessary to become more and more engaged in agricultural pursuits to support their families and the mission. A general financial depression was sweeping the East and no doubt affected the American Missionary Board that was providing less financial help to its missions. Both Dunbar and Allis considered part-time outside employment to supplement their income. The American Board expressed concern about their missionaries becoming too involved in secular endeavors and their support for the Pawnee Mission was lessening.

In May 1837 Allies expressed his concerns when he wrote:

"There are so many difficulties and hinderances at present, among [the] Indians, the prospect of introducing Christianity among them at present is rather discouraging ... it is a mystaken idea that many Christians have at the present time, thinking that nations of Indians are to be born to God in a day ... I believe that many years will pass first."

Lester and Elvira Gaston Platt were associated with the mission from 1842 to 1846. After the Pawnee moved to a reservation in Nance County, the Platts returned. Platt opened this trading post, and his wife taught school at the villages.
Courtesy History Nebraska, RG2608-1265

But Dunbar and Allis persisted in their efforts to convince the Pawnee to settle permanently so the missionaries could build a mission station at one of the Pawnee villages. Finally in the spring of 1841 Dunbar and Allis packed their meager belongings and moved their families from the Bellevue post to Plum Creek, a small tributary of the Loup River in the heart of the Pawnee country. They built log cabins, planted crops, and tended livestock. The Office of Indian Affairs finally sent some farmers, teachers, blacksmiths, and strikers to the mission station to assist the Indians in becoming more "civilized." At its height the mission included at least 30 white men, women and children.

Unfortunately the Plum Creek community became divided over a variety of issues and frustrations. One of the most divisive issues was over the methods to be adopted in dealing with the Pawnee. A goal of the mission was to teach the Indians manners and customs then practiced by Christian whites. Dunbar and Allis were united in their belief that the Pawnee could not be bullied into becoming farmers and that their conversion to Christianity would require many years. The newer members of the community — the Gaston, Platt and Mathers families — were less willing to wait and were willing to use forceful methods "to speed" the Indians along to Christianity.

The constant conflict between the Christian factions over how to bring Christianity to the Indians and the increasing attacks by the Lakotas resulted in the whites abandoning the Plum Creek mission and moving back to Bellevue. Samuel Allis remained at Bellevue and was employed to teach Pawnee children in a government-supported school.

The end result was that while some of the Pawnee had expressed polite interest in Christianity, there was not the slightest hint that anyone was going to convert. They were equally steadfast in retaining their traditional ways. There was scant evidence the Pawnee were going to become farmers. More than a decade would pass before whites would again live permanently among the Pawnee. By that time the tribe was so weakened it had to accept life on a reservation, where many of the traditional customs that had so frustrated Dunbar, Allis and others had begun to slip away.