In the east, there was history of Indian wars. Because of this, some white Americans new to the Louisiana Purchase area thought they needed protection from Native Americans. There were only some minor conflicts, but people still worried. 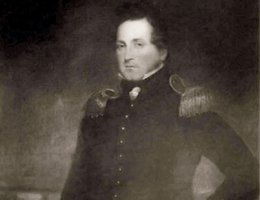 So in 1820, Fort Atkinson became the westernmost U.S. military post. The fort provided the only government authority in the huge territory west of the Missouri. It was built on the same Missouri River bluff where Lewis and Clark held their Council with the Oto Indians. Fort Atkinson was built in the shape of a rectangle. The one-story barracks were made of logs with shingle roofs and brick chimneys. The barracks faced the inside of the rectangle. They had gun slits, or “loopholes,” on the outside walls.

The fort had cannons in two opposite corners. There was a massive powder magazine (a building used to store guns and ammunition) in the center of the fort. Outside of the fort there was a large council house for meeting with the Indians, a gristmill, a schoolhouse, sawmill, and other buildings. A brick kiln produced thousands of bricks. At one point, over 1,000 soldiers guarded the post. Fort Atkinson was the earliest and largest town in what was to become the Nebraska Territory. 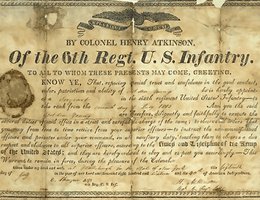 The fort was originally built to keep the British from coming into the upper Missouri and Mississippi River valleys to compete in the fur trade. The army at Fort Atkinson was also supposed to make friends with area Indian tribes and manage disagreements between them. One method they used was to entertain tribal leaders and present them with valuable gifts, but the Natives did not always understand the reasons for the gifts. Perhaps the fort’s most important contribution was the role it played in developing the western fur trade. Fort Atkinson was the gateway to the fur regions of the upper Missouri and the Rocky Mountains. 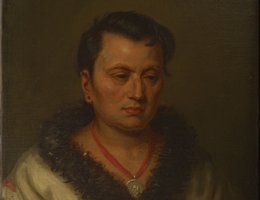 The only battle that soldiers from Fort Atkinson fought with the Indians was a result of an Indian attack on fur traders. In the summer of 1823, the Arikara killed several white fur trappers. The trappers had gone up the Missouri River and were going to the Rocky Mountains. They had stopped at an Arikara village, in what is now South Dakota, to buy some horses. The Indians attacked, and 13 trappers were killed. The surviving trappers fled to Fort Atkinson for help. Colonel Henry Leavenworth, commander of the fort at the time, took 200 soldiers to the Arikara village. The troops shelled the village with a cannon for several hours. However, there was not much damage and the Indians suffered only a few casualties. After Colonel Leavenworth decided the Arikara had suffered enough, he tried to get a pledge from them that they would not attack in the future. After a truce was called to discuss the issue, most of the Indians slipped out of the village and escaped. Other tribes such as the Pawnee viewed Leavenworth’s actions as timid or cowardly.

Fort Atkinson was never attacked. It was abandoned in 1827. 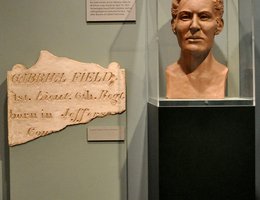